We’ve all had the experience of dye ‘breaking’ during the setting process — some dyes set faster while other dye molecules wander around a while.

But this Twinset….. well, I have NO idea what happened because I was using ONE jar of dye.  Granted, it was leftover from *that* jar (which was a mix of a mix of a couple other mixes, so thoroughly blended), and leftovers from *this* jar, which was a tiny bit of blue-gray, into which I put a bit of pink.    So, anyway, I remixed ALL of this leftover stuff, added a little supplemental citric acid for good measure, covered the jar, shook it thoroughly and it was a single oddly sexy musty dirty green…..  I poured it onto the yarn …. and

How the hell did that happen?  It broke even as I poured it!      I mean, it IS sort of cool-looking, but I am mystified completely.   Even so, after almost eleven years doing this (Yeah, for real — October 1 is my 11th anniversary!), I still say, “If I knew what the hell I was doing, I might could get a job somewhere.”    Hahahaha  🙂 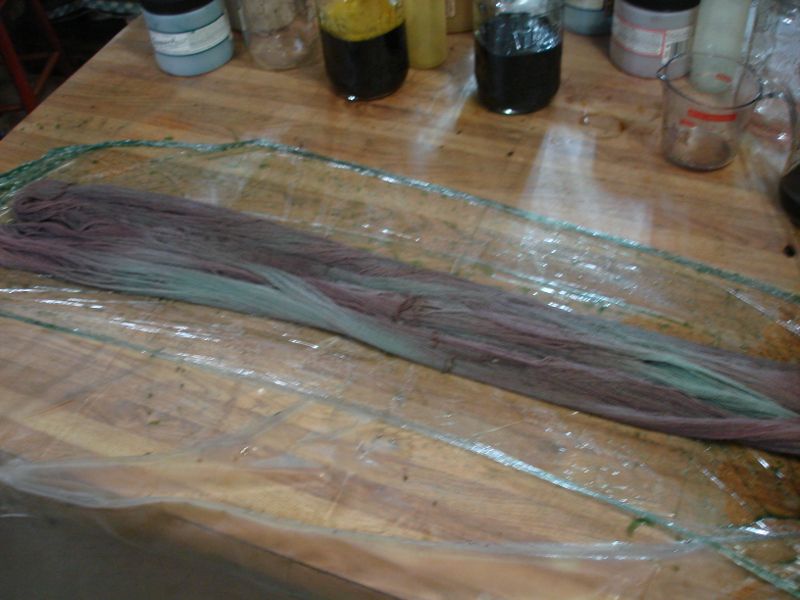